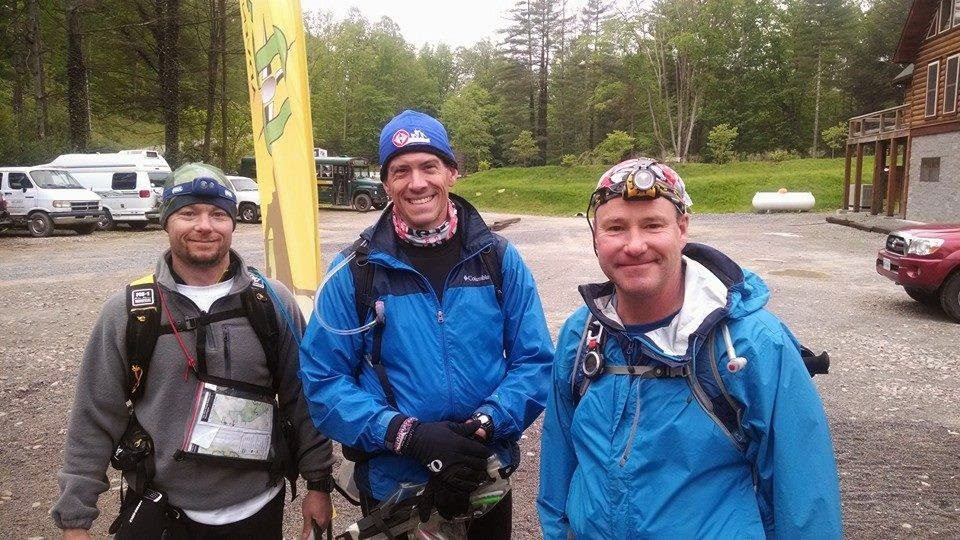 I got onsite at Ace Adventure Resorts by 5pm or so on Friday.  Dan was a bit behind me and Eric was having tire problems with his car and was way late.  I took the time to get my bike put together and outfitted with gear then after Dan got on site we went to race check in.

There was not much planning we could do on this race because they were not going to give out race maps and books till the morning.  That plus the fact they would be unable to start the race with the Class IV/V run on the New River because it was running at 16 feet over flood stage.  The decision was made to bus us out to the take out point and start the race from there.  The initial perception was this would be a foot/trekking intensive course. 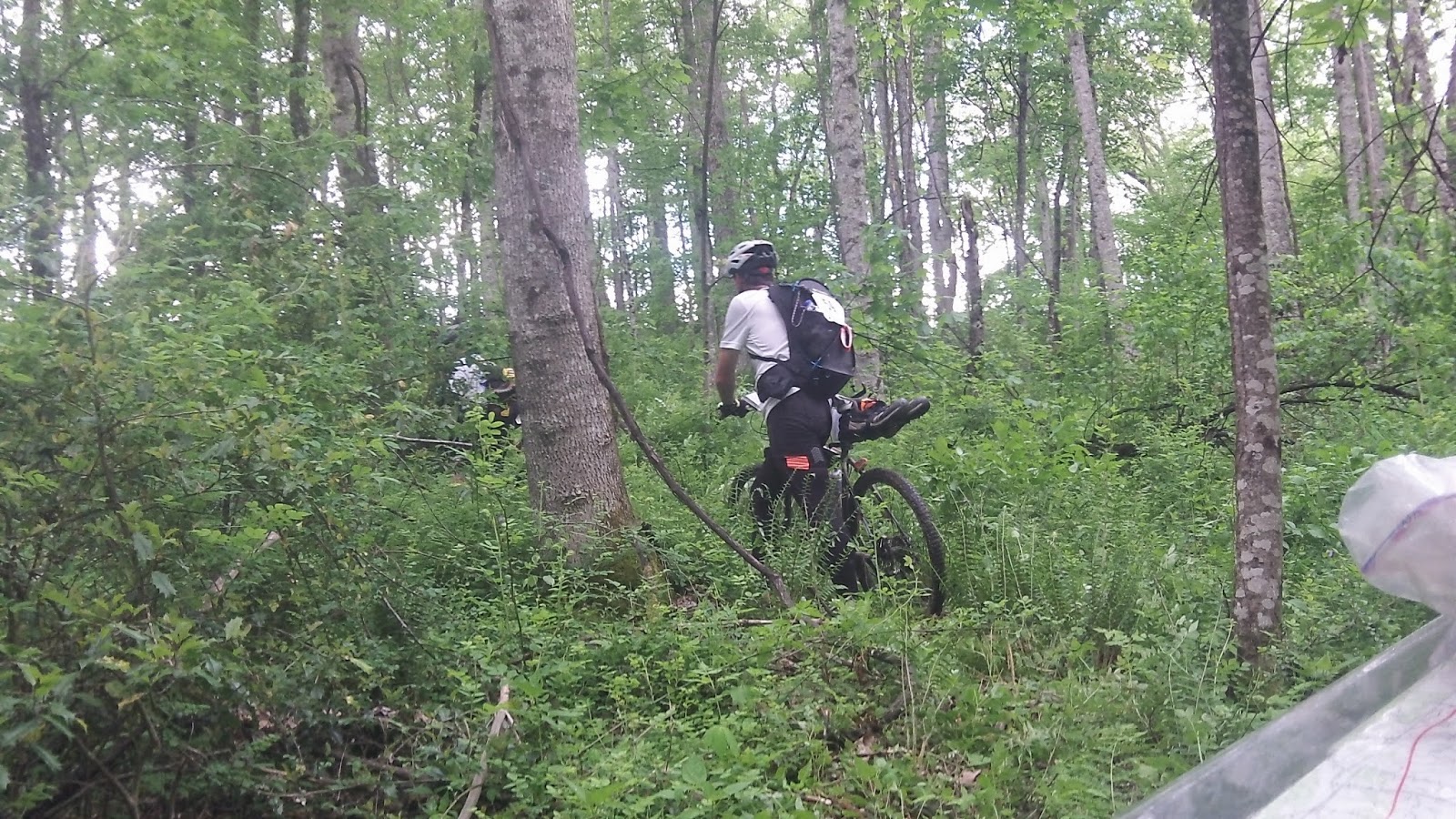 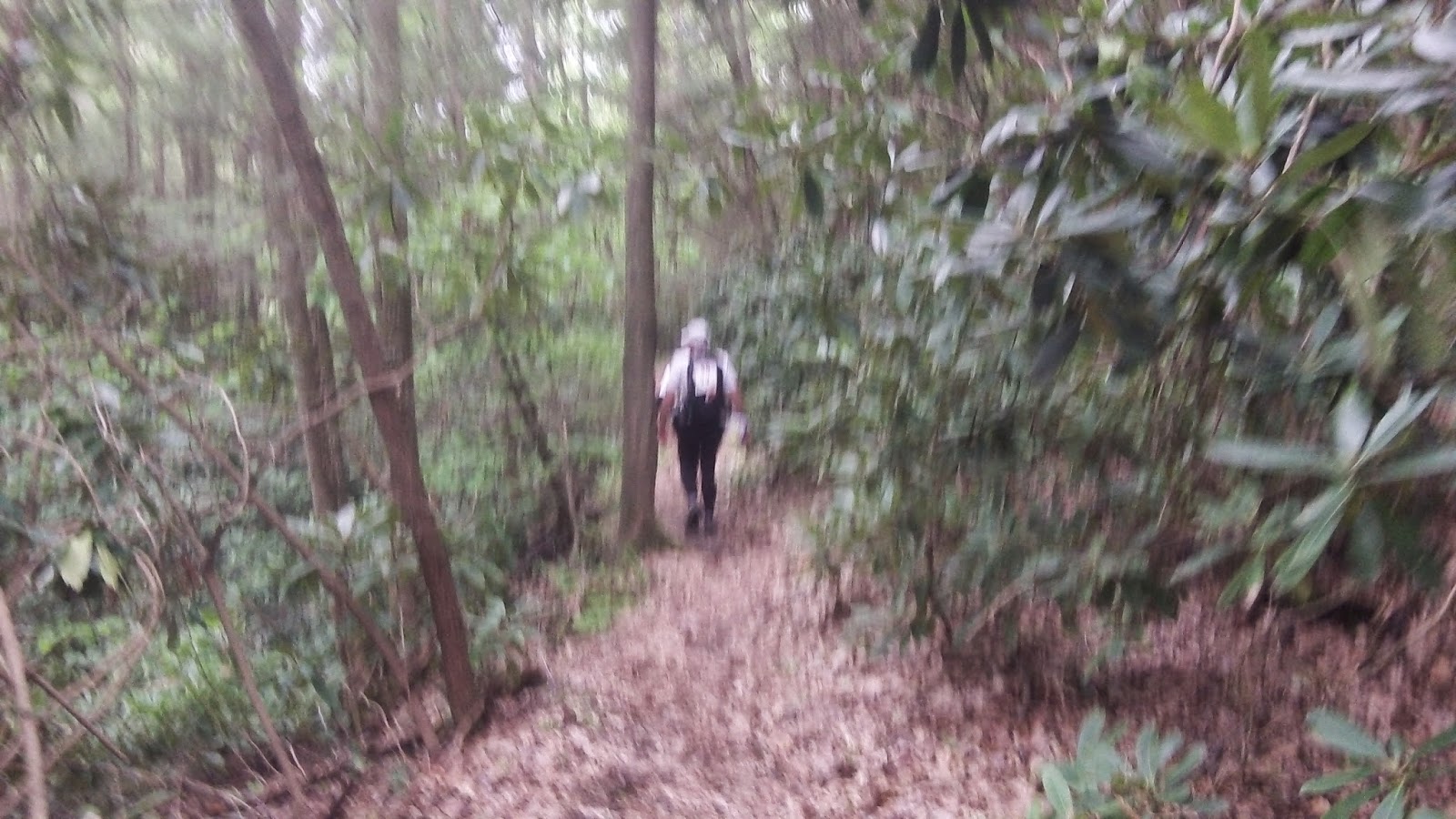 We grabbed some chow at the restaurant and got ready for the race brief at 2030 hrs.  It was pretty straight forward.  Come dressed to race tomorrow and get on the bus.  We went back to the tent camps and I hit the rack pretty much right after cause I was packed up.  I did make some changes to the clothing as it looked like it would be cold.  I'm glad I did.

The next morning dawned clear but cold.  We grabbed a coffee and went to the race HQ.  I didn't eat too much in the morning but brought an Ensure for the bus ride.  It always worries me to start the race with a bus ride because by nature we begin overhydrating and sitting on a bus for over an hour having to use the bathroom is awful.

We got down to the bottom of the New River Gorge by 0745.  Looking at the river it was imperative that the rafting be cancelled.  I don't think I've ever seen a river that scary.

The race began at the take out point and started with a simple foot run up the river road to CP 1.  After that we were permitted to descend back to the river to pick up our bikes and begin the long slog out of the gorge on two wheels.  We got up pretty quick and then a long descent back to the bottom to cross the river over an old bridge and then climb again.  It was a pretty intense climb that had us carrying bikes up stairs and over rock strewn trails to CP 2.  Here we dropped bikes and made our way running into Fayetteville to grab two points in town.  The entire run was about 4 miles or so and then back to the bikes.

The first mistake of the race was coming out of CP 2 on bikes.  We took the wrong trail and ended up backtracking back down to a low portion of the trail coming out of the gorge.  We lost a good hour plus before getting on track.  From there we were pretty successful in getting the mandatories of CP 6, 7, 8 and then circled back up to grab all the remaining optionals on the bike (CP 9, 10, 11, 12) before heading into Mandatory CP 13 and the transition to foot. 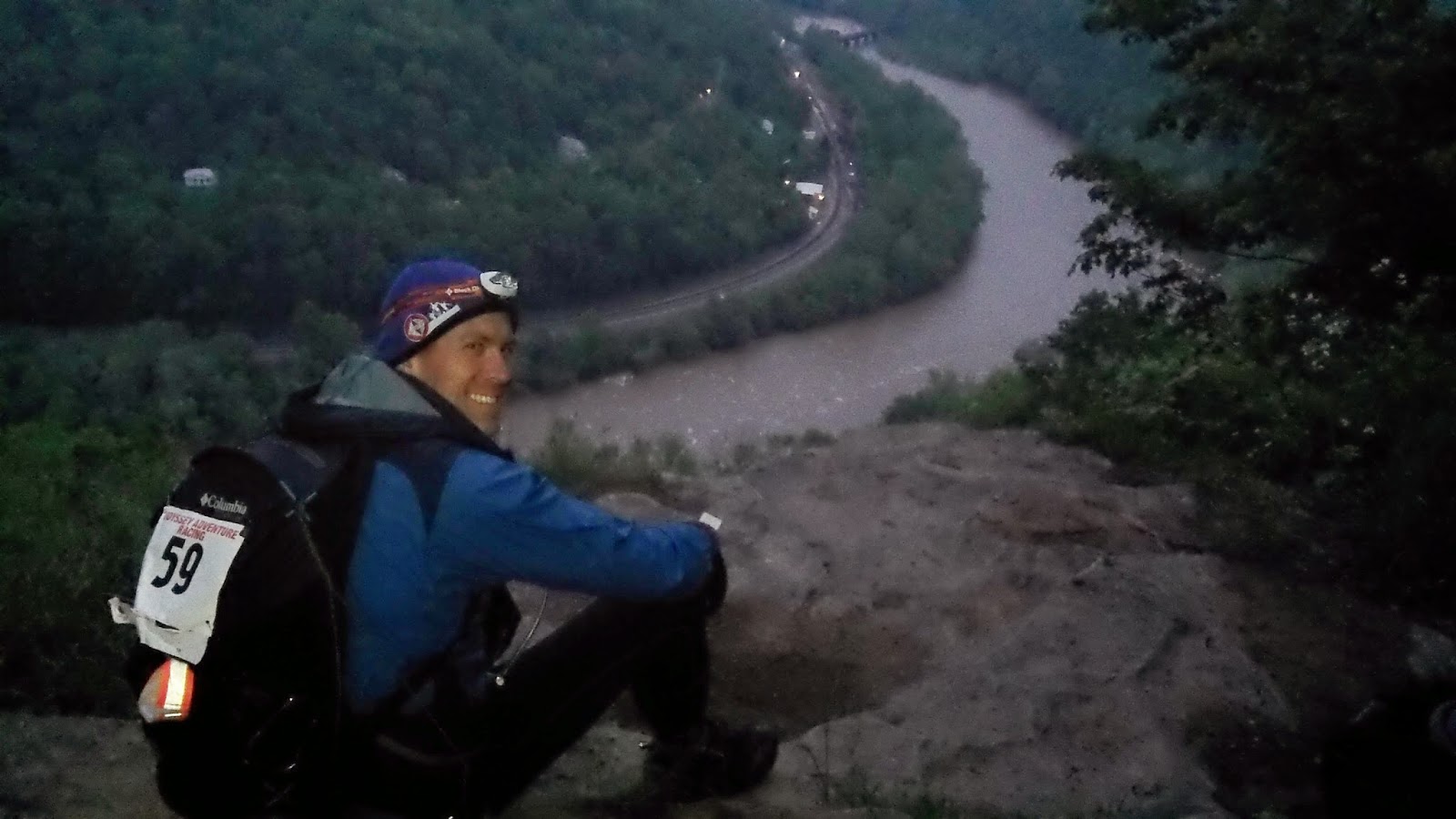 We took the time to change clothes and were given 6 new CP locations/grid plots and had to plot them on our map.  Many of them were in the same area as the bike portion.  Of the 6 grids, only one was mandatory but were able to get 4 of the 5 optionals before making our way up the mountain where CP 16 was at.  We got there about 8pm and it was going to get dark on us soon so we stopped to dig out night gear and lights.

It was a very long foot movement from 16 down to CP 20.  We had problems here not in finding the marker but we believe there was a misprint on the directions for what we were supposed to write down on the passport sheet to indicate we had been there.  From here we nailed 21 and things began to fall apart a bit. 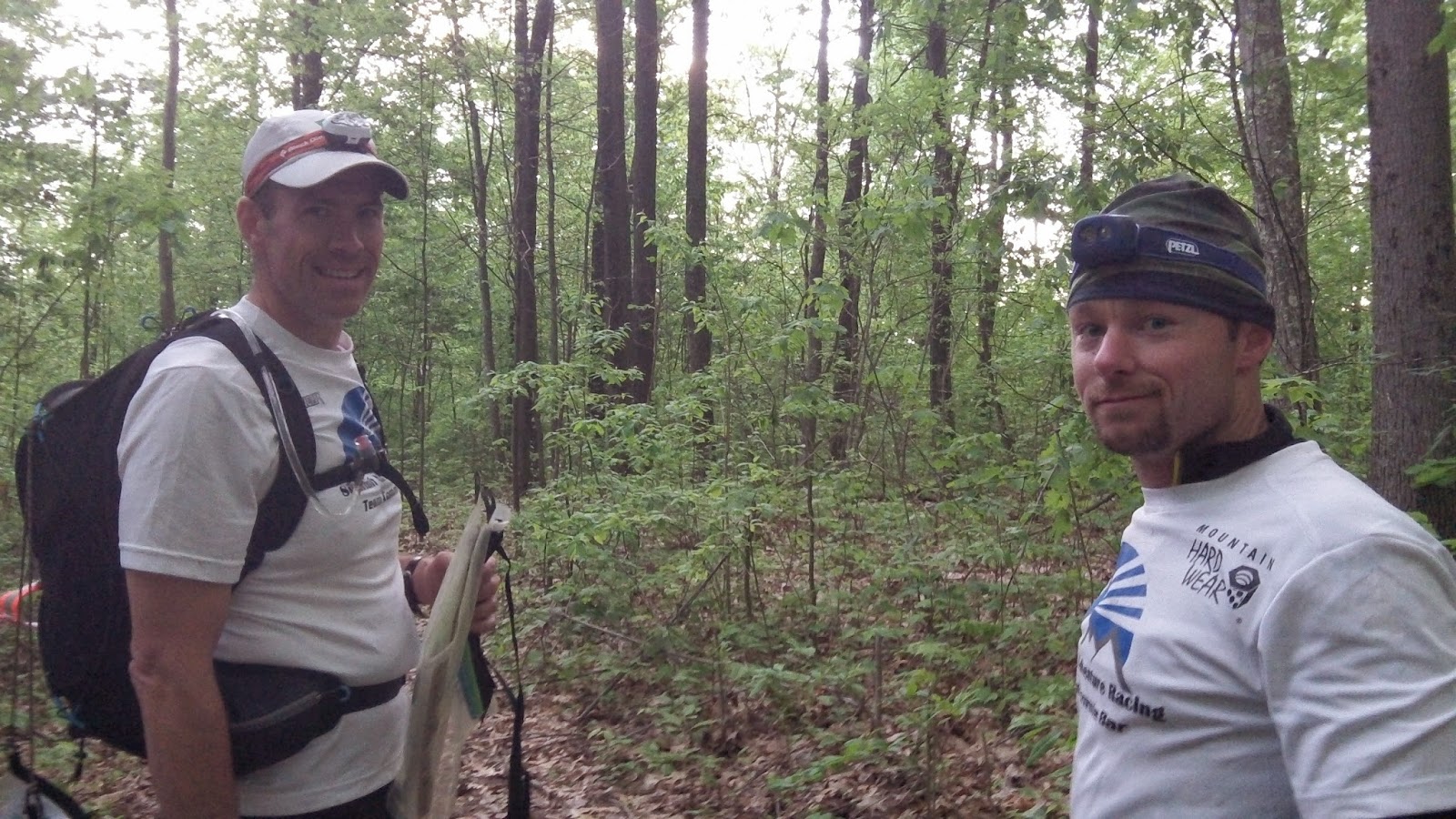 First off the maps were not very good.  We had been given a topo map that basically had crayon marks on it for the trails.  The other map was supposed to be a trail map but was not very good either.  Second off the fog began to roll in.  We couldn't see 5 feet in front of our face.  And lastly we we're getting tired.  We had been trekking since 5pm the previous day.  We stumbled and missed getting CP 25.  From there we moved up to the saddle and could not find CP 26 at all.  We bailed and decided it would be wise to move close to the finish.

Halfway back we looked at the map and decided that there were at least 3 points on the way to the finish.  We initially missed what looked like would be an easy point but then we went down this stream bed further and got it.  We nailed two more before cruising down the final trail to the finish. 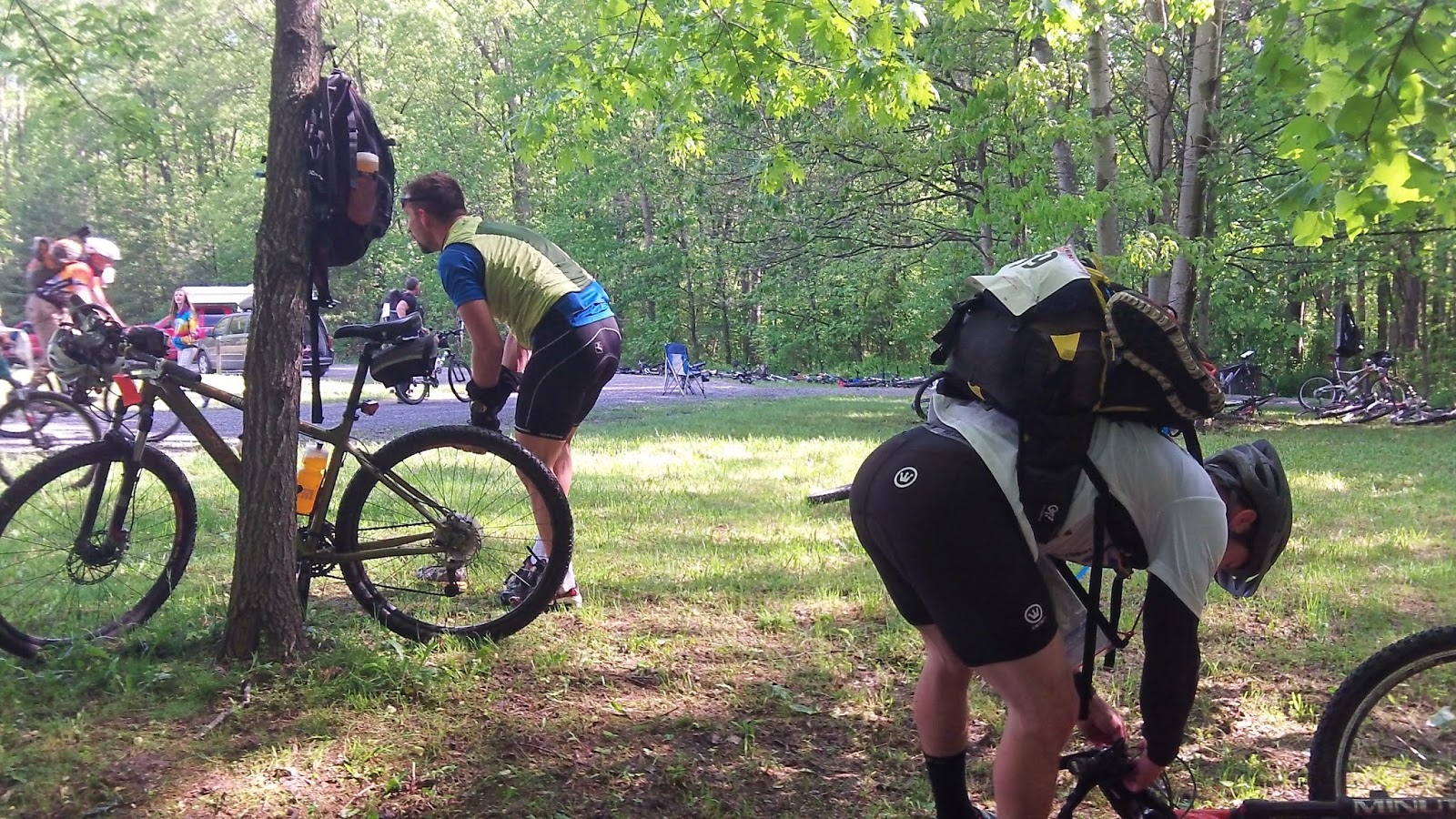 All in all we got all six mandatories and then 22 optionals.  That would be good enough for 2nd place.

P.S.  Just checked and we are now number 1 in the nation in the point series.. 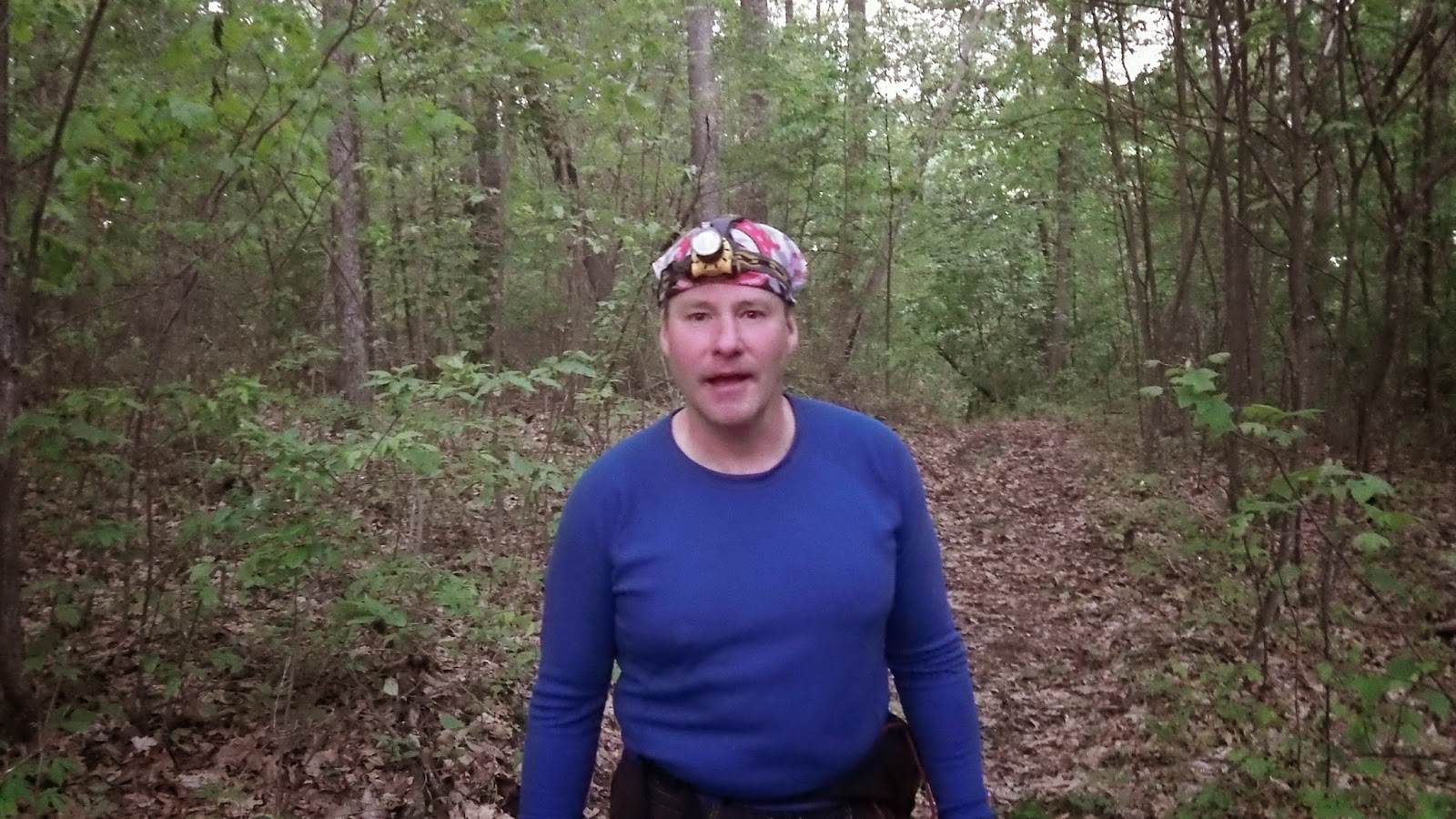 Posted by TCOPES World at 07:53 No comments: